Home | Blog | Implant Inversion Explained: Just When You Think You’ve Seen It All

Implant Inversion Explained: Just When You Think You’ve Seen It All 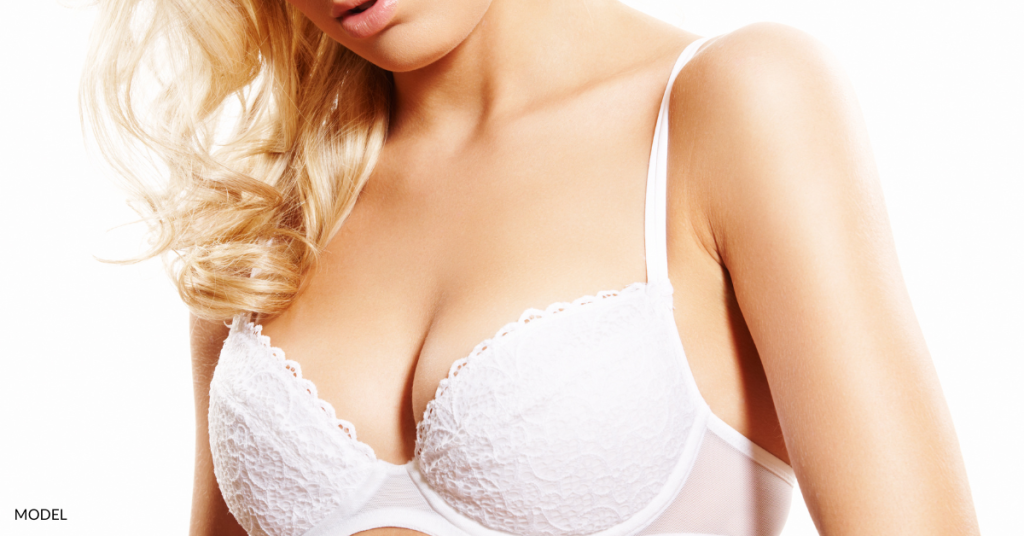 After 25 years in practice, it is not often that something comes up that is totally new and surprising. But it happened this year when my breast augmentation patients started reporting they were having their breast implants FLIP!

What in the World? What Does a Flipped Implant Look Like?

The story was similar each time. They would say they noticed a strange contour to their breast, with a flatter contour on top with a square-like ridge often also noticeable. Many of the patients also reported feeling a strange sensation as they were bending over. Many related that they were bending over and felt a swoosh. All of these patients had implant inversion or a flipped breast implant. In other words, their implant was upside down, with the smaller rounded top contour of the implant on the chest wall side, and the flatter, bigger bottom side of the implant facing up.

Things Are Upside Down!

Now when the first patient called, she did not know what was going on. And at first, I suspected it, but kept it to myself, just advising the nurse to have the patient come in to see me. When she arrived and I could clearly see the inversion, I could hardly believe my eyes. With a few firm manipulations, I was able to flip the implant back to its proper orientation but began to wonder what to do to prevent this.

Over the next few weeks to months, it happened again with another patient. And then again and again. In the beginning, they were all breast augmentation revision cases. I suspected the pocket was larger and this was a likely reason it occurred. But then I had some of my primary breast augmentation patients experience this as well. So now, a full 6 months after first seeing this in my practice, I have come to realize, that implant inversion is a real phenomenon, and prevention diagnosis and management are crucial factors to understand.

At first, I was perplexed— how and why does this happen? When it was only my revision breast augmentations that experienced this strange situation, I believed since their pocket was larger, or if some of the capsule was still intact and well-formed, this slippery inside layer would make it more likely for this to occur. But is it more than just the pocket? After all, the capsule is always quite a bit larger than the implant.

So the cause of implant flipping must be more related to the product—the implant—than the patient’s capsule. And it has to do with the new cohesive gel implants that are higher profile. The base of these implants is wider than the top and heavier. So when the patient bends over in the shower to grab the shampoo, the implant just flips “head over heels,” so to speak. When the implants were less cohesive, lighter, and lower, more rounded profiles, there wasn’t an issue with this. The implants had a back and front, but if it flipped, it was not as noticeable.

Nothing Is Ever New in Plastic Surgery

Some of us plastic surgeons who have been around for 20 or so years will remember the first generation of shaped implants with a teardrop or anatomical contour. These implants had more projection in the lower pole than the upper pole, thus the term “anatomical.” In the photo below, the anatomical implant is pictured on the right.

These implants also were always textured to keep them in the correct orientation. The lower pole with the higher projection needed to stay put in the lower pole, so the implants were textured to get them to stick on the inside. I was one of the plastic surgeons doing this style of implant in the late 1990s and liked the concept of the teardrop shape.

But I had a few patients for whom the texture did not promote sticking, and the implant behaved like a smooth implant. This led to breast implant malposition, as previously described. I switched to using only smooth round implants around the year 2000, since this surface eliminated a variable that I could not control every time. More recently, textured implants have been associated with a condition called BIA-ALCL, and have been removed from the market. So a textured surface was not offered on the new highly cohesive implants. (For more information about smooth versus round implants, take a look at my related blog post.)

Best of Both Worlds

So is there a way to get the benefits of the cohesive gel and the projection of the extra high profile without worrying about implant inversion or flipping? The answer is multifaceted. The easiest response is to say that the pocket has to be tighter. Easy to say, but that is sometimes hard to do. Again, in every patient, the capsule of pocket size is larger than the implant.

Adding to the complexity is the patients who would benefit the most from the extra high profile are often the ones who have had a few children or have lost weight so that the skin envelope is looser to begin with. In these case, we are trying to fill the skin envelope back up again, often on a patient with a very thin torso. The next option is to consider backing down the profile, understanding that this is a tradeoff with the upper pole fullness and size desired by the patient.

This category of patients is already in the most complex type of surgery, and adding another variable can often tip the scales to a point that the risk outweighs the benefit.

The cohesive gel is a game changer when it comes to peace of mind for the patient and me about the future likelihood of implant rupture. I have taken out so many ruptured implants over my career and thought how gooey and unsettling it is, that I was thrilled when the highly cohesive, gummy bear implants were introduced. At last, there was an implant that would not be a sticky gooey mess in the future. So with a cohesive implant removing the possibility of this, it has become the only one I want to use.

This gummy bear level of cohesivity is the game changer. Perhaps it is only the extra high profile implant shape on very lean patients that will have to worry about the inversion. The moderate or full profile implants may be less likely to flip, based on the physics of this shape. But now, with implant inversion as a possibility, it makes it harder to recommend the extra high profile, even when I previously would have.

My idea to solve this would be to add a tab to the extra high-profile implants. This could tack the implant in place and limit the breast implant flipping. So far, this implant does not exist though. In a world turned upside down, my best solution is to hold off on the extra high-profile implants until the tabs are added to the product. Honestly, the difference in profile is measured in millimeters, so for now, I feel that this is an adequate solution.

In summary, this blog explained the phenomenon of implant flipping or inversion and the causes and likely solutions. The best course of action is to seek advice from a board-certified plastic surgeon who has the experience and expertise to guide you in your breast augmentation journey. The entire team at Aesthetica is looking forward to helping you reach for your star. You can schedule a consultation with me by calling my Columbus plastic surgery practice at (614) 569-2649 or by using our online form to request a consultation.